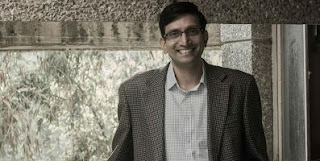 Srinath Raghavan is the author of the new book India's War: World War II and the Making of Modern South Asia. His other work includes the book 1971: A Global History of the Creation of Bangladesh. He is a senior fellow at the Centre for Policy Research in New Delhi.

Q: How did you research India's War, and was there anything that particularly surprised you in the course of your research?

A: The book involved research in several official and private archives and collections in India and Britain as well as the United States and Australia.

The one thing which did surprise me was the extent of the United States' involvement in India during the war. While I was aware of this dimension, the sheer scale of the American contribution--not just in terms of material but construction of military infrastructure and management of logistics as well as military planning--was striking. 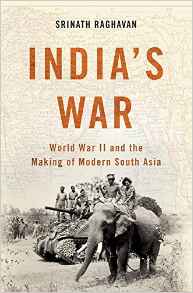 I was surprised, for instance, to learn that the crucial railway line connecting Calcutta with the Burma front was directly operated by two battalions of the U.S. Army for over two years!

Q: How did the Indian Army change during the World War II years?

A: In many ways. First, the Indian Army went from being a 200,000-strong constabulary force focused on policing the North-West Frontier (now in Pakistan) to 2.5 million men under arms in 1945. It was the largest volunteer force in Second World War.

Second, the army had also to equip, train and fight modern industrial warfare. Most battalions had never seen a truck let alone a tank.

In a further twist, from late 1942 the army had to undergo another round of reorganisation and training to fight the Japanese in the jungles of Burma. This meant giving up a lot of the mechanised kit and bringing old-fashioned animal transport, including elephants.

Third, the social composition of the army changed considerably during these years. The pre-war army was recruited from a small set of communities that the British regarded as “martial races” and somehow uniquely suited for warfare. Prominent examples would include the Gurkhas and Sikhs.

But the scale of the army's expansion means that many other groups, especially from southern India and socially marginal communities, had to be brought in to the army. 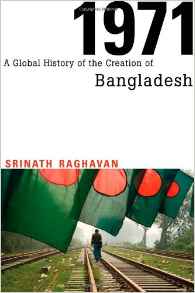 A: I am currently writing another book (also to be published by Basic Books), which looks at the United States' involvement in South Asia (India, Pakistan, Afghanistan and Burma) from the late 19th century up to the present.

By looking at the changing contours of American engagement with the region over the long 20th century, I hope to write a history that will speak directly to our times.

A: I spent six years in the Indian Army as an infantry officer. My regiment participated in almost every theatre of the army's involvement from South-East Asia to the Middle East, North Africa to Italy. Although this is my third book, it is one that I have wanted to write ever since my own days in uniform.