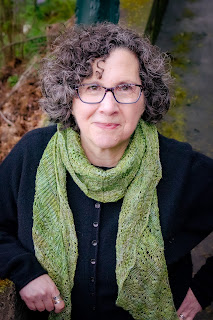 Maya Sonenberg is the author of the new story collection Bad Mothers, Bad Daughters. Her other books include the story collection Cartographies, and her work has appeared in a variety of publications, including Fairy Tale Review and Web Conjunctions. She teaches in the creative writing program of the University of Washington, and she lives in Seattle.

Q: Over how long a period did you write the stories in Bad Mothers, Bad Daughters?

A: The stories in Bad Mothers, Bad Daughters were written over about a dozen years, the last completed almost two years ago. I’m a slow writer! But I also hope that expanse of time allowed me to include stories about mothers, daughters, fathers, and sons at different stages of the lives and relationships.

Q: How did you decide on the order in which they would appear in the collection?

A: I ordered the stories in a very loose progression based on the ages of the characters. In the first story, while the narrator has children already, she also spends a lot of time looking back at herself as a child. Stories toward the end include grandmother figures. I also considered the rhythmic placing of longer and shorter stories.

A: The title of the book comes from one of the stories, “Bad Mother: A Story in Five Paragraphs.” 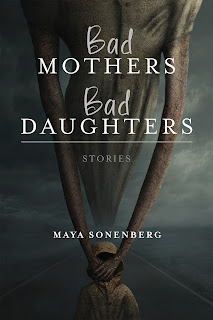 While writing these stories, I was highly aware that they focused on mothers and daughters in complex relationships, experiencing uneasy emotions, but only when it was time to title the entire collection did I see that particular story and the idea of the “bad” mother or daughter as central to the book.

That story showcases many of the shared qualities of these stories—not only the focus on the “bad”—or really, not so bad—mother/daughter, but the use of inventive forms (“Bad Mother” uses the form of the five paragraph essay) and the use of what Kate Bernheimer has called a fairy tale feel, even when the stories don’t retell specific tales.

Q: The writer Jedediah Berry said of the book, “These visions of mothers and daughters--broken, breaking, seeking, striving--stick in the mind even as they open the heart.” What do you think of that description?

A: I love it, of course, especially its shout out to both the mind and the heart. Addressing and appealing to both of those is always important to me as a writer. And Jedediah Berry is one of my favorite writers, so I’m incredibly grateful that he liked this book.

A: I seem to have three or four projects cooking now.

I’m working on a series of personal essays related to the work of choreographer Merce Cunningham.

I’m working on a book of miniatures, containing family photos, essays about the miniature, and bits of memoir.

I’m working on a longish fairy tale-ish story about an old woman and a black fox that is growing out of “No Place Safer,” the collaboration I did with writer and artist Ellen Santasiero on the website 7x7.

On the back burner is a book about my complex love for Laura Ingalls Wilder’s Little House books and my grandmother as an immigrant “pioneer.”