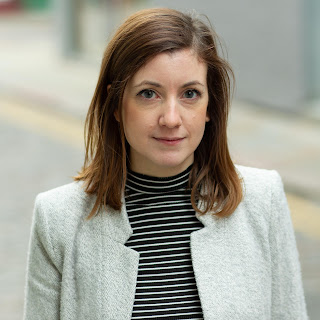 Gillian McAllister is the author of the new novel Wrong Place Wrong Time. Her other books include That Night. She lives in Birmingham, England.

Q: You've written that the show Russian Doll was part of the inspiration for your new novel--can you say more about the book's premise?

A: Of course. Wrong Place Wrong Time tells the story of Jen and Todd: Jen is Todd's mother, and she's waiting up for him. He's past his curfew by the time he ambles up the street and, right in front of Jen, he murders a stranger outside their house. He's remanded in custody, refuses a lawyer, and is charged with murder.

Jen returns home to their house - now a crime scene - and goes to bed. But when she wakes up, Todd isn't in the police station: he's in his room, and he has no idea that the crime happened. Jen eventually realises it is the day before the crime. The next time she sleeps, she wakes up the day before that. Somewhere in the past lie the answers, and it's Jen's job to find them.

Q: The novel takes place along a reverse timeline--did you write the novel in the order in which it appears, or did you move sections around as you wrote?

A: I wrote it as it appears. Despite its backwards structure, I feel like Wrong Place Wrong Time is a very linear mystery: Jen finds out clues in a logical order, even if the places she gets them from are yesterday, and the day before, and then the day before that!

Q: The Publishers Weekly review of the book says, in part, "McAllister gives readers a chance to solve the crime from a refreshing new perspective while also providing elegant insights into how one creates one’s past and confronts 'friendships and addresses and life phases that feel endless but never, never last.'” What do you think of that description? 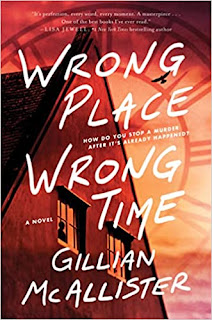 A: Very accurate! It's true that I do like to play with structure in my novels in order to bring something new to the thriller space, and the more I wrote of Wrong Place Wrong Time, the more I started to explore the various strands of the world I had created. What interested me most was how life is mainly made up of phases that feel intense and then almost imperceptibly pass.

Q: How would you describe the relationship between your character Jen and her husband?

A: Complex! Jen and Kelly love each other a lot, and she has his support in parenting Todd, but he takes some convincing that she is in a timeloop. To say any more would be full of spoilers...

A: I'm working on my ninth UK novel but I've just delivered my eighth, which is called Just Another Missing Person. It has the best midpoint twist I've ever come up with!

A: I live in the middle of nowhere: no mobile signal, no taxis, no food deliveries. I really love it, but sometimes it does feel like I'm inhabiting chapter one of a thriller.